Lucinda was born in 1965 in Drumbeg in Northern Ireland, living there for five years before moving to the UK. In Leicestershire, she was sent to a vocational school and began ballet lessons. 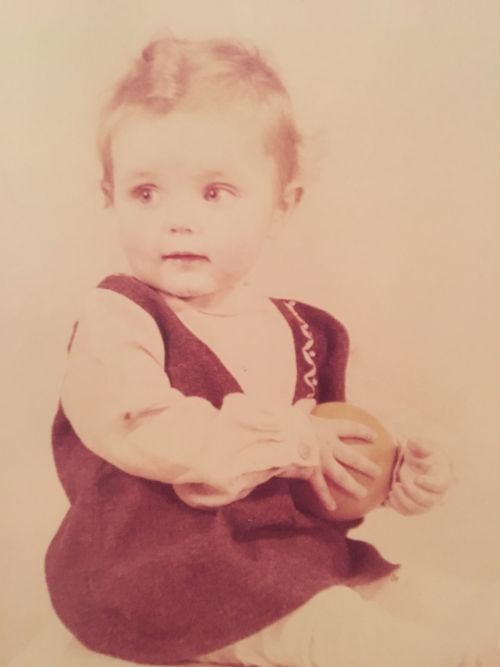 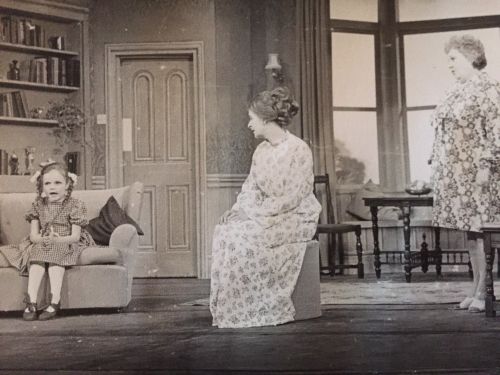 9 years old, playing a child murderess in ‘The Bad Seed’

Both her mother and great-aunt were professional actresses, and her great-uncle was chief lighting designer at the Royal Opera House in London, so she grew up in a creative world. Yet it was her father who encouraged her writing – very rarely at home as he travelled the world for work, he’d arrive back suddenly, always with a gift for her from wherever he had been. Then he’d tell her stories about the places he’d visited, peppered with characters she still remembers to this day. After he died, she found them all written down in a drawer. At 14, she joined her mother’s old alma mater, Italia Conti, to study ballet and drama alongside her academic studies. Rather than shopping and partying, she’d spend her free time at the Victoria and Albert Museum of Art and Design, the British Museum and The London Library, obsessed with history and philosophy. 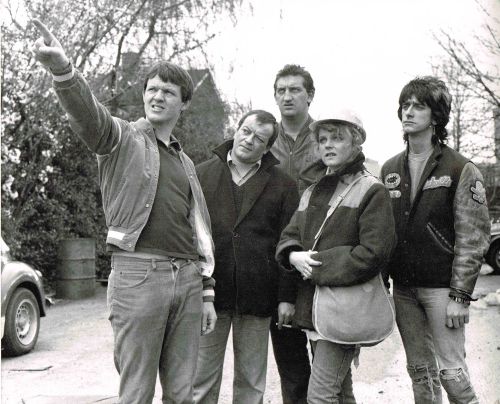 At 16, a BBC director walked into a ballet class and picked out a couple of girls to audition for a six-part BBC drama series: ‘The story of the Treasure Seekers’ by E Nesbitt. Lucinda got the part and after it was shown, found herself being offered other parts in professional productions on stage and screen. At the time, she’d suffered an injury to her knee, which put paid to any chance of her dream of being a professional ballerina, and, taking the difficult decision not to go to university, by 18 she was a very busy actress, with one of her roles being Tracy, Bomber’s Daughter, in the iconic ‘Auf Wiedersehen Pet’.

She married an actor she met on a TV commercial and was then struck down with what has now been diagnosed as Epstein Barr virus. Whilst stuck in bed, plagued by fatigue, she decided to begin writing down a story that had been in her head for some time. The fact that she could use her imagination to take her out of the difficult ‘real’ world was both a revelation, and therapy of the best kind. 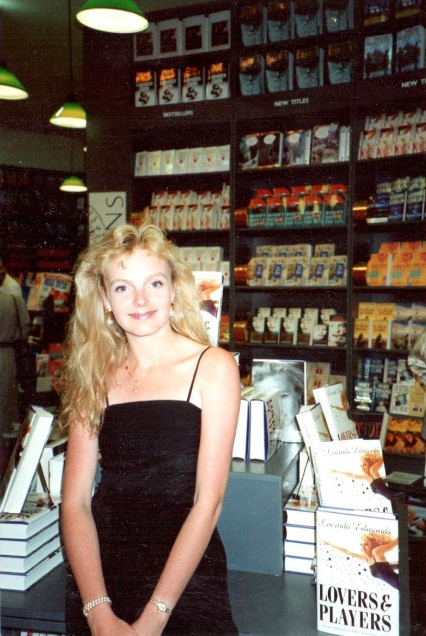 At the launch of her first book, and newly pregnant with Harry.

A friend read the book – all 600 pages written in longhand over the months she’d been ill – and passed it to her author father, who passed it on to his literary agent. A few months later, at the age of 25, she found herself not only with a three-book deal, but also pregnant with her first child, Harry. Books, babies and a divorce with a subsequent move back to Ireland followed, renting a small cottage in Clonakilty. The decision to forget acting and write more books was easily made, because it not only fulfilled the creative, but also the cerebral side and could include her love of history, a huge part of the stories she has written since.

She moved back to England in 1998, remarried, and after having four children under nine years old, she took a break from publishing for a few years. During that time, she wrote three novels when the children were in bed. (Some years later, two of these books – The Butterfly Room and The Olive Tree – were rescued from her office, re-edited and published with considerable success. The third book is Lucinda’s only murder mystery, The Murders at Fleat House is now scheduled for international publication.

When the youngest children went to school, she decided it was time to write a novel that she would be brave enough to show to the publishing world. She changed her name from Lucinda Edmonds to her new married name of Lucinda Riley, not wanting to be judged on, or categorised by, what she had written fifteen years before.

Expecting nothing, she applied to do a university degree in philosophy, and was amazed when Penguin Random House bought world rights to ‘Hothouse Flower’. It subsequently became a No.1 bestseller around the globe (in some countries titled ‘The Orchid House’), and another four books were published to growing acclaim in the following years.

Then, in 2013, standing outside on a starry night in Norfolk, Lucinda came up with the idea of writing a seven-book series, based allegorically on the myths and legends of The Seven Sisters of the Pleiades star cluster. Her interest in Greek myths and philosophy could therefore be utilised throughout the stories, all gently peppered with anagrams and metaphor. 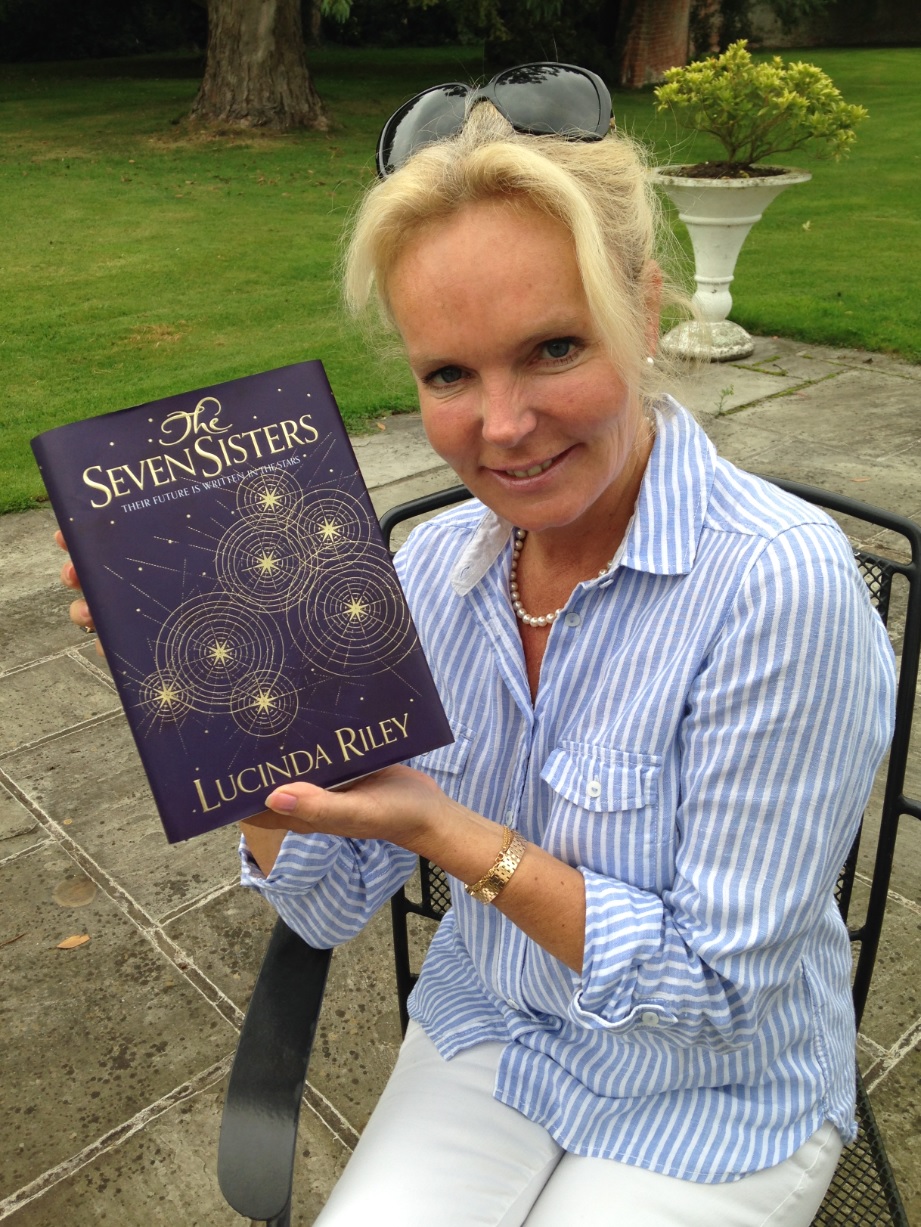 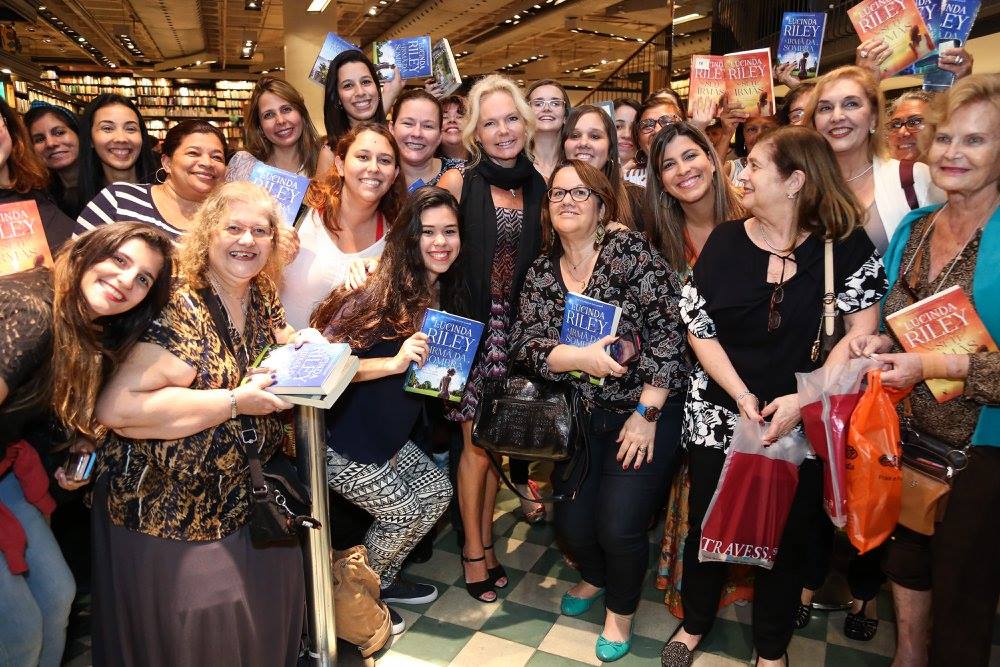 With readers in Rio de Janeiro

Lucinda’s books struck a chord with almost all cultures – uniquely for a fiction author from the British Isles, over 90% of her sales have been in foreign languages and she became one of the most successful female authors in the world. ‘The Seven Sisters’ series specifically has become a worldwide phenomenon, creating its own genre, and there are plans to create a seven-season TV series. 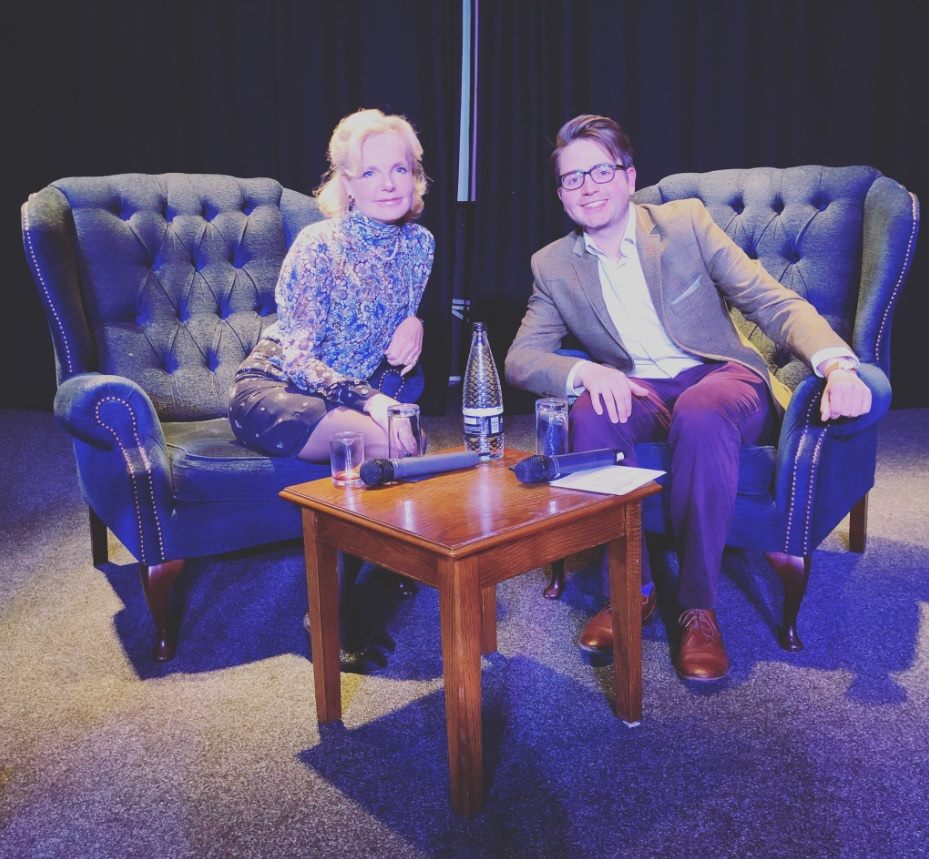 In collaboration with her son Harry Whittaker (pictured), she also devised a series of books for children called ‘The Guardian Angels’ series, based on stories told to her children whenever they were facing a challenging situation, such as an exam, an interview, or a bereavement, and she would send a ‘guardian angel’ to look after them. Harry then wrote the books, and they are now being published internationally.

Her daughter, Isabella, achieved a 1st class degree in religion philosophy and ethics at King’s College, London and has become a psychotherapist; Leonora is studying History of Art at the Courtauld Institute in London and helped Lucinda create the many anagrams for The Seven Sisters series; Kit is a photographer and social media ‘content creator’ star, with many thousands of followers and helped Lucinda create her inspiration videos.

Lucinda’s husband, Stephen, became her literary agent and manager in 2013 and his daughter, Olivia, Lucinda’s stepdaughter, also joined her as personal assistant but then became the primary contact for all of Lucinda’s 37 publishers around the world.

Though she brought up her children mostly in Norfolk in England, in 2015 she fulfilled her dream of buying a remote farmhouse in West Cork, Ireland, which she always felt was her spiritual home, and indeed this was where the last five books were written.

Lucinda was diagnosed with cancer in 2017 and died on June 11th 2021, surrounded by her family. Her proudest moment was, after 30 years writing, ‘The Missing Sister’, published only three weeks before she died, becoming her first hardback No 1 in both the UK’s Sunday Times and in Ireland. 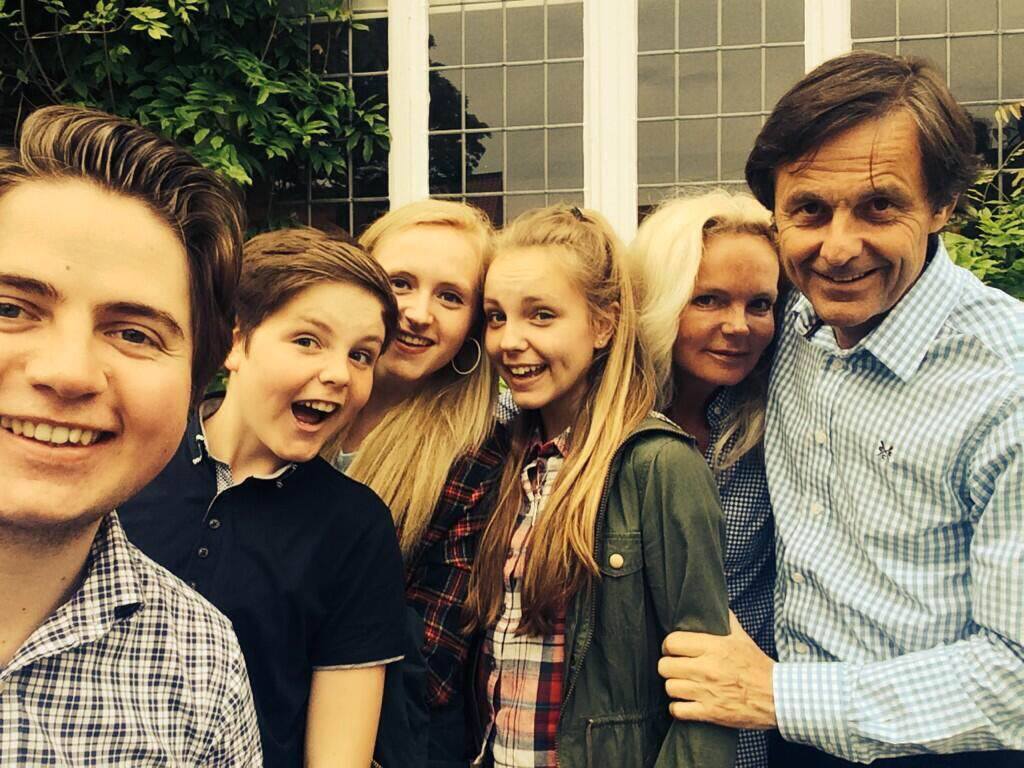 Me with the children and Stephen